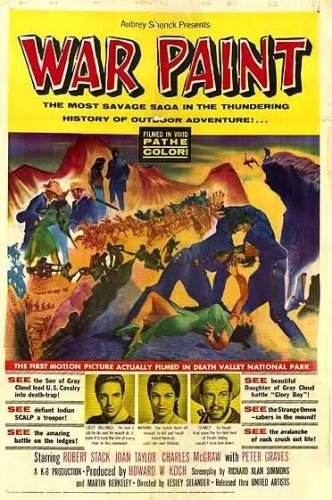 Mike, a Hemingway-esque adventure novelist, is spending his days in a self-imposed exile somewhere in Central America. A reporter for Sight Magazine, Katie, has tracked him down in the hope of getting the biggest scoop of her career. Mike falls for Katie. On a flight to Mexico City, their plane crashes near a remote hideaway of Nazi war criminals in hiding. The Nazis want to stay hidden and plan to dispose of their new guests. 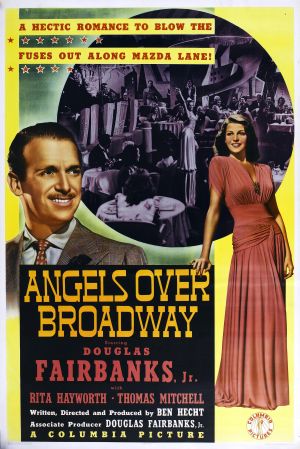 Charles Engle has been caught embezzling. He writes a suicide note, and goes out wandering on the town. Small-time hustler Bill O’Brian sees him give a couple of big tips, figures he’s rich, and plans to take him over to a big-time card game and fleece him. He enlists Nina Barone to help get Engle to the game. She goes along, but is more interested in O’Brien than in his schemes. Meanwhile, a perpetually drunk and none too successful playwright, Gene Gibbons, finds the suicide note. He cooks up a scheme (with the reluctant aid of O’Brien) to get the money Engle needs to pay back his employer and save his life. Robert le Vigan plays the Son of God, but as often happens in films of this nature he is upstaged by the villains, Herod (Harry Baur), Pontius Pilate (Jean Gabin) and Judas (Lucas Gridoux). All of Jesus’ dialogue is taken directly from the Scriptures, with no movie-style adornments: le Vigan delivers these lines with sincerity and quiet grace. Considering the anti-Semitism prevalent in Europe during the 1930s, the question of the Jews’ responsibility for Jesus’ death is handled with restraint; blame is squarely laid on the shoulders of a handful of conspirators, rather than an entire race. Smooth cowboy Dan Kehoe arrives at a ranch run by an old widow and her four daughters-in-law. He’s been tipped off that the proceeds of a gold robbery are hidden on the ranch, but only one of the women knows where. He plays them off against each other in his quest to discover the location. At his mother’s funeral, stuffy bank clerk Henry Pulling meets his Aunt Augusta, an elderly eccentric with more-than-shady dealings, who pulls him along on a whirlwind adventure, as she attempts to rescue an old lover. A sea captain becomes involved with a servant girl in early New Orleans. She sees him as a way to gain access into wealthy households. In a hypothetical country in South America, Jeff Dawson and his partner Dutch Peterson have invested all their savings in a lease contract to explore oil. However, their expectation ruins when bandits blow the derrick of the oil well with dynamite and they get stranded in the town without any money. In despair, they accept the risky transportation of nitroglycerin to raise US$ 800.00 and Dutch is shot in the leg by road thieves; but Jeff discovers that their employer is a trickster and they area not paid for their job.

When their former friend Paco Conway meets them, Jeff finds that he is a local tycoon and is married with Marina Conway, who had a past with him. Paco hires Jeff his foreman to help him with his eighteen oil wells while Dutch is recovering in the hospital. Meanwhile the criminals press Paco to pay US$ 50,000.00 otherwise they will blow his wells and Marina revives her love and desire for Jeff, leading the trio to a tragedy.