In New York, the alcoholic skipper of a coal barge Chris Christofferson receives a letter from his estranged twenty year old daughter Anna “Christie” Christofferson telling that she will leave Minnesota to stay with him. Chris left Anna fifteen years ago to the countryside to be raised by relatives in a farm in St. Paul and he has never visited his daughter. Anna Christie arrives and she is a wounded woman with a hidden dishonorable past since she had worked for two years in a brothel to survive. She moves to the barge to live with her father and one night, Chris rescues the sailor Matt and two other fainted sailors from the sea. Soon Anna and Matt fall in love with each other and Anna has the best days of her life. But when Matt proposes to marry her, she is reluctant and also haunted by her past. Matt insists and Anna opens her heart to Matt and to her father disclosing the darks secrets of her past. 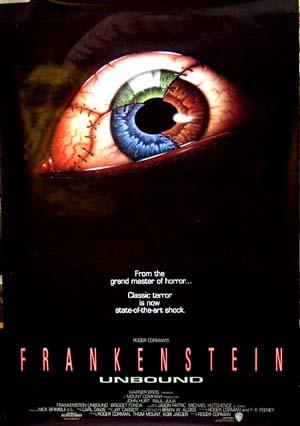 The ultimate weapon which was meant to be safe for the mankind produces global side effects including time slides and disappearances. The scientist behind the project and his car are zapped from the year 2031 to 1817’s Switzerland where he finds Dr Victor Frankenstein and his contemporaries. City of Hope is a portrait of a typical middle-sized American city of the present day. The crux of the story is an old apartment block which stands in the way of a major commercial development. Joe Rinaldi is the building contractor who owns the buildings, and is being pressured to torch them to permit the development to occur. His estranged son, Nick, soon becomes a pawn in the power politics of the city. Corrupt Mayor Baci and policeman O’Brien are determined to push the development, while idealistic city councilman Wynn soon finds himself torn between what he knows is right and what his black constituents want. 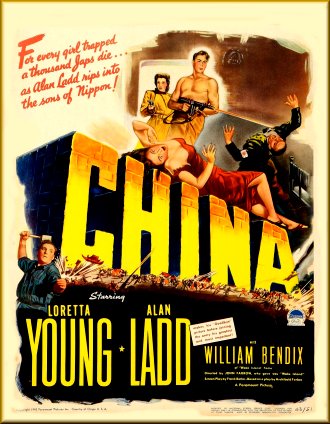 Shortly before Pearl Harbor, American opportunist Jones and partner Johnny are in China to sell oil to the invading Japanese army. Cynical about the sufferings of the Chinese, Jones meets compassionate teacher Carolyn Grant while travelling cross-country to Shanghai. Sparks fly between these strong-willed characters, neither budging an inch. But when Jones witnesses a Japanese atrocity, his feelings toward his customers (and Carolyn) begin to change… Deranged doll-maker Mr. Franz is deathly afraid of being left alone, so he creates a machine that can shrink humans down to only a few inches tall. He soon accumulates a troupe of shrunken prisoners whom he forces to perform for him and keep him company. When he shrinks his secretary Sally and her fiance Bob, the pair decide against spending their days as pint-sized playthings and try to find a way to escape and re-enlarge themselves. Matt Johnson, Jack Barlow, and Leroy Smith are three young California surfers in the 1960s. At first reveling in the carefree life of beaches, girls, and waves, they eventually must face the fact that the world is changing, becoming more complex, less answerable by simple solutions. Ultimately the Vietnam war interrupts their idyll, leaving them to wonder if they will survive until “Big Wednesday,” the mythical day when the greatest, cleanest, most transcendent wave of all will come. This George Morris story was based on an article that appeared in “Woman’s Home Companion” and later reprinted in “Reader’s Digest.” Eddie Condon, a two-bit racketeer, teams up with an alcoholic doctor, Judson, to set up a maternity home with free facilities to expectant mothers, with the proviso that the women sign away all rights to their newborns. The babies are then offered for adaptation to couples willing to make a substantial “contribution” to the home. Things go well for this borderline within-the-law business until a baby is still-born. Conden had already sold the baby for $5,000 and has no intention of returning the money, so he substitutes the child of the sister of his wife. There is a slip-up on the filing of the certificates and the District Attorney’s office gets involved.