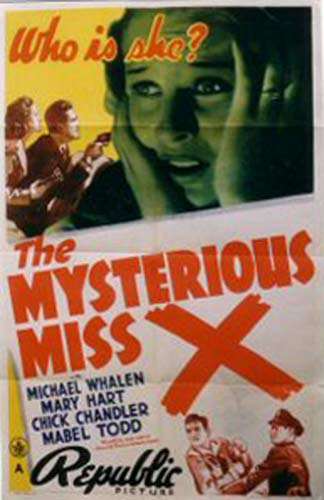 Keith Neville and Dan Casey, two small-time stage actors, are traveling by bus back two New York City, and have an overnight stay in a small town. They take a room in a local hotel and a murder is committed in an adjoining room to Keith. The latter hears the gunfire, goes to investigate and is there when the local police arrive. He and Casey are both held on suspicion of murder and jailed.

While a local policeman is going through their luggage at the hotel, he discovers a letter of introduction, in Keith’s suitcase, that reads: “It is requested that all official courtesy be extended to Mr. Geoffrey Desmond, Chief Inspector of the Criminal Investigation Department of the London Matropolitan Police, during his journey on a dangerous secret mission.” The letter is a stage-prop from the play the two actors had just performed in, but the Police Chief thinks it is real, releases them from jail and Keith decides to stay on and help the local boobies solve the murder.